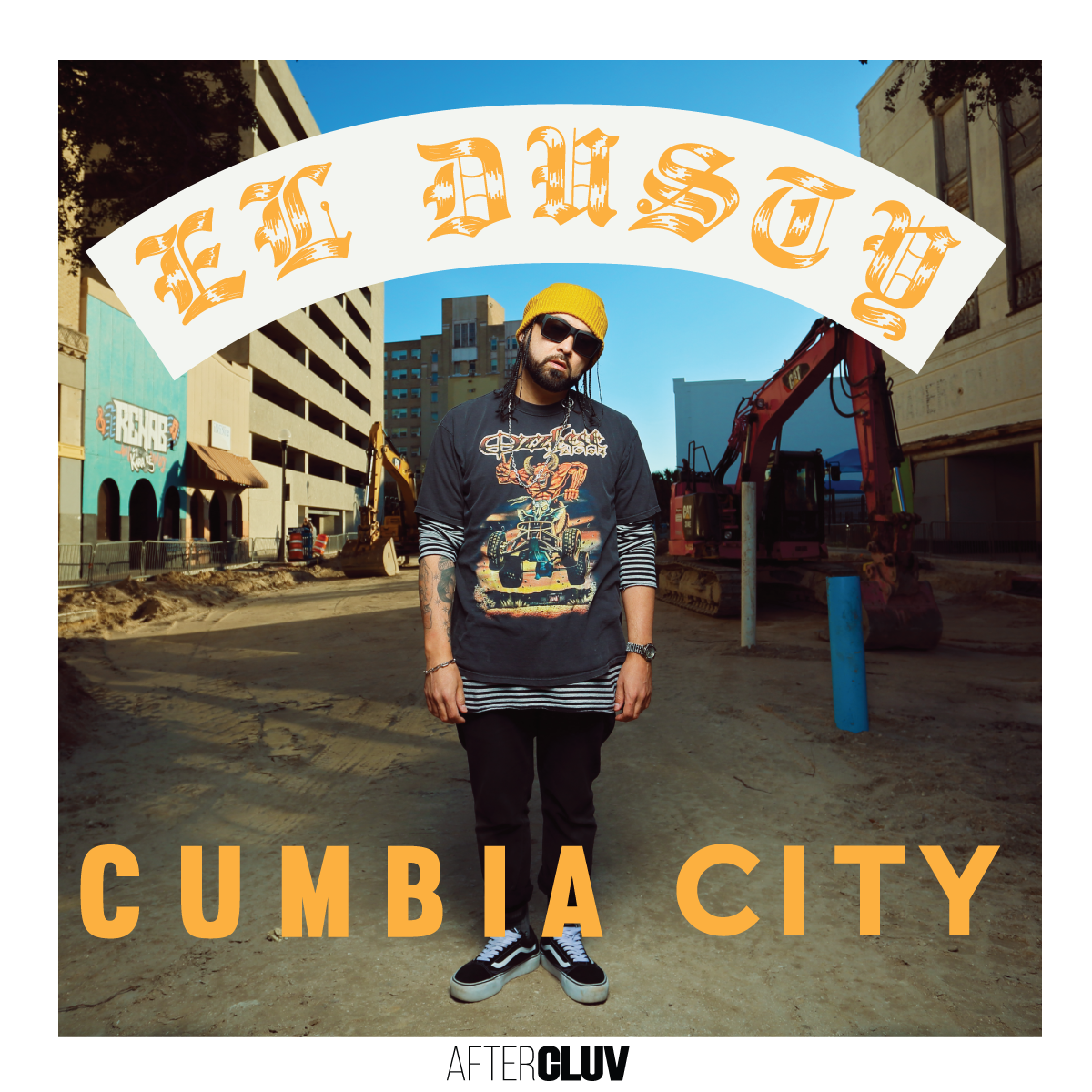 Now several years in the making, Corpus Christi’s own El Dusty just dropped his first full-length album Cumbia City via Universal’s Aftercluv imprint, solidifying his place as a cultural translator. Cumbia City is the culmination of more than a decade of steady touring and production, one that holds cumbia’s legacy and evolution through the diaspora as the fundamental focal point. Now with a soundtrack to match, the album represents a mastery of collaboration in El Dusty’s extended Latinx musical network, as evidenced by features from Los Master Plus, Los Chinchillos de Caribe, Master Blaster Sound System, MC Peligro, Boogat, DJ Blass, Happy Colors, and a plethora of other artists. As the album title indicates, every track in one way or another features a cumbia sample. But for Dusty, the objective is to expose people to the genre, especially audiences who aren’t already familiar with traditional cumbia references. His tracks always intentionally integrate an array of other influences, drawing across hip-hop inflections and 808 breaks & snares, while also sampling from the likes of vinyl-issued classics, salsa records, and Latin soul. “I just want to make songs that everybody can dance to,” he says. “Not necessarily a song that’s a cumbia song for someone that likes cumbia songs; I want people to be like, ‘Oh this song is dope,’ and they didn’t even know that there was cumbia in it.”