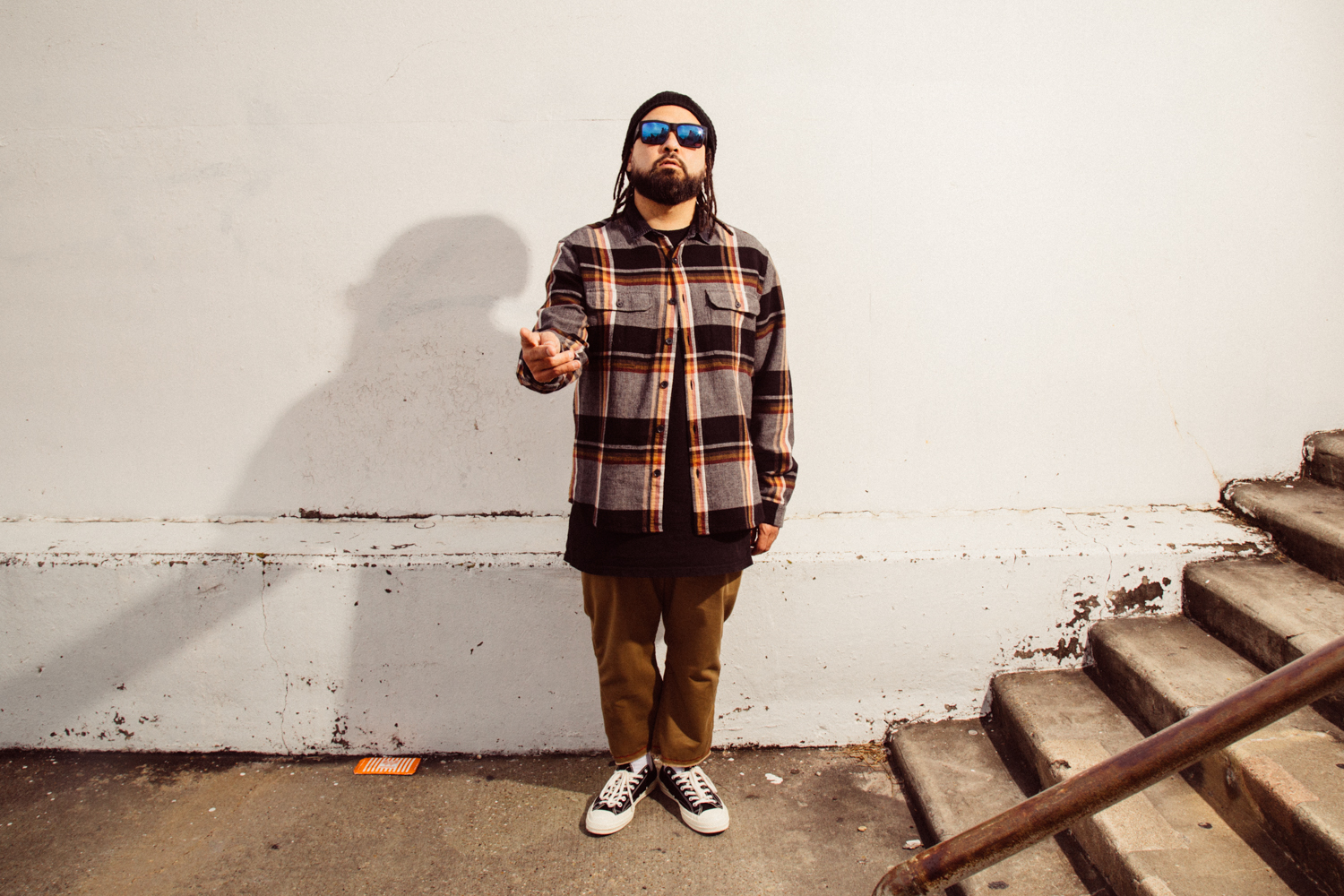 Raised and rooted in Corpus Christi, producer, DJ, and nu-cumbia pioneer El Dusty translates the Southern Texas border experience into new barrio anthems where the MPC2000 sampler and chopped clips of Latin music history collide. Set to drop on September 18th, Trapanera EP marks the first of his collaborative projects since signing with Universal Records, new division AfterCluv, showcasing a turntablist tradition that links Latin classics with the new generation of bass-heavy soundsystem and hip-hop cultures.Trapanera EP is a true showcasing of El Dusty’s bi-cultural border identity and the cumbia crunk movement that he’s found a home in. Taking “Campanera” by Aniceto Molina, a Colombian cumbia artist who spent the last 30 years of his life in San Antonio, Texas, El Dusty teamed up with 3Ball MTY producer and tribal guarachero innovator Erick Rincón to create a track that’s production process was as digital as its sound. Since El Dusty and Erick were never able to meet for a real-time studio session, they worked on the track by sending versions back and forth to each other online, ultimately creating a dramatic 3ball crunk track that highlights the irresistible cumbia sample and 808 drum patterns to ground the sound in the Southern hip-hop tradition.Trapanera EP is primed for the peak times of a tropical bass DJ set. The remix EP includes contributions from Dominican bass producer Freaky Philip, 17-year old German producer Ghetto Vanessa lending a mid-tempo cumbia remix, Svani Quintanilla of Royal Highness’ deep tribal guarachero take, EDM remixes from Ricky Mears and Muzik Junkies, and iconic Trinidadian vocalist Angela Hunte serving up a high-energy vocal remix called “Mi Bunda,” which Happy Colors also remixes into a relentless crunk-hop track.El Dusty will embark on a tour to promote Trapanera EP, and soon to be released later this year, Cumbia Anthem, We Out Chea, where he’ll debut a newly-developed set that expands on his expertise as a long-time turntablist with previous live appearances supporting the national tours for the Kumbia Kings and Baby Bash & Frankie J, and appearances at the Latin Grammy Universal Party, Brisk Bodega Tour, Mad Decent Block Party Tour, Pachanga Fest, and more. The newest version of his set will debut El Dusty’s recently-developed live visual projections that he can mix and scratch over, and live percussionists to improvise over the DJ set. 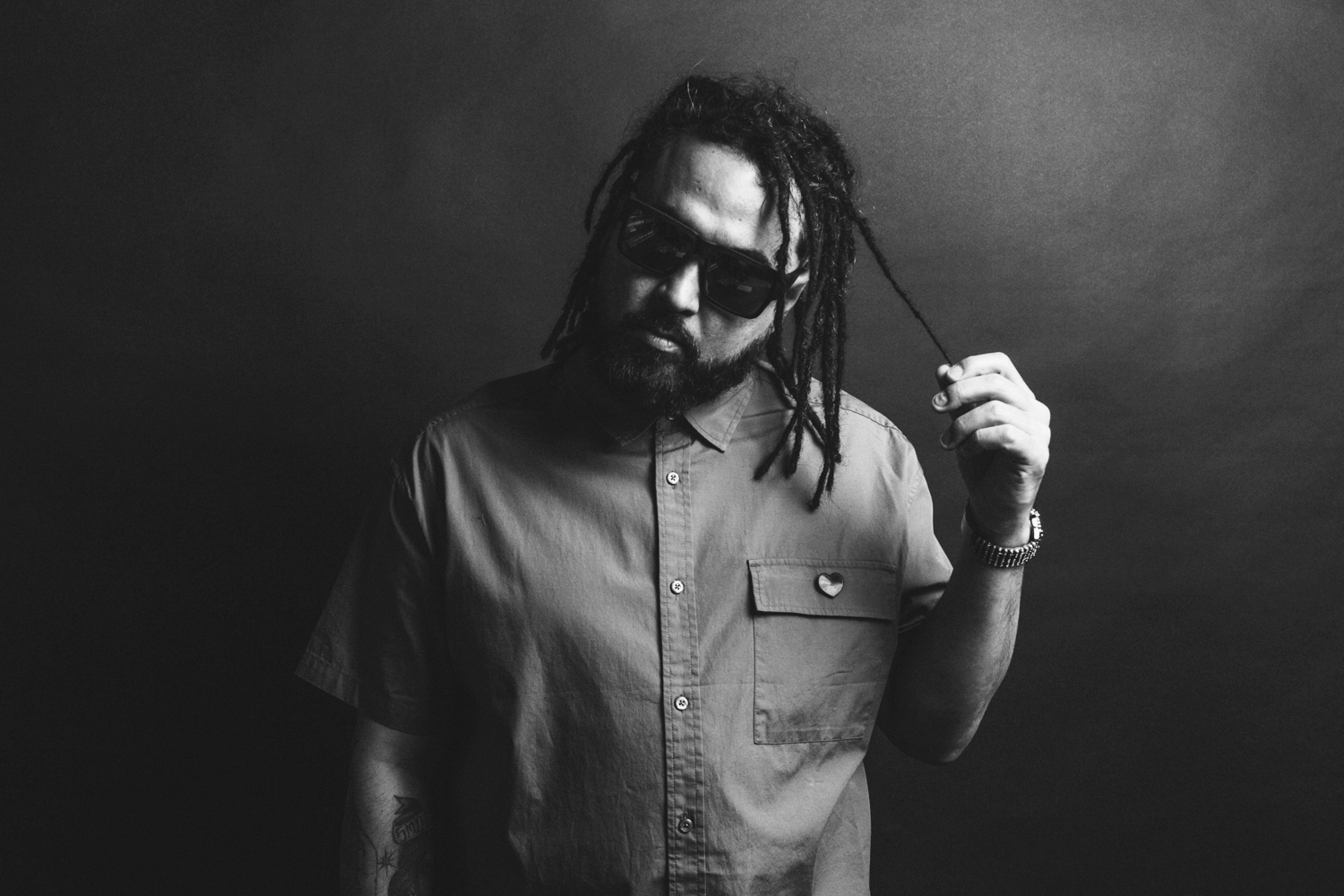 EL DUSTY is the latest project from Corpus Christi based producer, Dusty Oliveira. Operating behind the mixer and console, Dusty is considered by some to be the inventor of Cumbia Electronica, as he was feeding cumbia into his sound processor and synthesizer before the turn of the millennium. What Lee Scratch Perry is to Reggae, Dus is to cumbia: the Father of Dub. Composer, arranger and ringmaster, Oliveira reinterprets the principals of the Jamaican sound systems of the 1970s, mashes the grimey, electro bass sounds, and always brings together, in his live performances, a panoply of MC's, Singers, as well as musicians and other dj's.